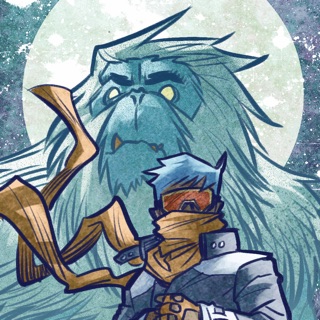 The Yeti, Loch Ness Monster, Chupacabra, and Mothman are aliens, sentenced to prison on Earth by the Pan-Galactic Prisons Bureau. As the Yeti's parole officer, you must defend the galaxy from these convicts, unravel their criminal conspiracy, and bring them to justice!

"Yeti's Parole Officer" is a hilarious interactive sci-fi novel by KT Bryski, where your choices control the story. It's entirely text-based--without graphics or sound effects--and fueled by the vast, unstoppable power of your imagination.

As an officer of pan-galactic law, you'll travel around the world to wipe all memory of alien activity on Earth, battling extaterrestrial smugglers and rival PGPB agents alike to save the world from nefarious cryptids.

Will you play as male or female? Gay or straight? Will you throw the book at the alien scofflaws messing with your planet, or will you betray your allies for personal gain? The choice is yours!
Information from the official AppStore site. All Rights Reserved.